The son of a Greenock merchant, the tall and "somewhat ungainly" Anderson traded as a manufacturer before managing the Glasgow Union Banking Company. His main achievement was the absorption of private banks into the Union Bank of Scotland, starting with the Thistle Bank of Glasgow in 1836 and including the Paisley Union Bank (1838) and the Aberdeen Bank (1849). These mergers required delicate negotiations, for which Anderson, with his reputation for integrity and honour, was well suited.

He was often consulted on monetary matters by Sir Robert Peel, and in 1841 gave evidence to a Commons Select Committee. He was chairman of the Unchartered Banks of Scotland, 1844-45, and a member of Glasgow Town Council. He also served as a magistrate, as president of Anderson's University (founded by his uncle, Professor John Anderson), and as secretary to the Chamber of Commerce.

"MUCH has been said and written about the Scottish Banks and their peculiar system, and inquiries have come from all parts of the world as to wherein lay the origin and secret of their strength. The answer to such inquiries is in the simple fact that, unlike their neighbours in England and elsewhere, the people of Scotland were left free by the Legislature to create a system of banking suitable to their wants. Before the days of railways and steamboats each district, by a process of "natural selection," had its banker. He was the trusted custodian of the savings of the thrifty. He was the discreet and sagacious supporter of the enterprising trader and adventurous man of commerce. His promises to pay gold on demand were freely accepted within the circuit of his district as a convenient and necessary medium of exchange. In this way there grew up throughout the country substantial private copartneries conducting the business of banking and serving the important purpose of promoting industry and thrift. The currency doctor had not yet been born, and the subtle suggestion had not yet been made that a one-pound note, convertible into gold on demand, might, unknown to its possessor, be of less value than the coin it represented.

"But the range of banking credit of these substantial copartneries was naturally limited to the districts where they respectively were known, and with increased facilities of communication and transit, and the rapid development of commercial enterprise, it by-and-by became evident that banking institutions of more commanding importance and more widely-recognized stability were required to take the place of the old local private banks. The three "old banks," with their headquarters in Edinburgh, had not yet seriously set themselves to serve the country districts, and the two new joint-stock banks which had been started there were comparatively in their infancy, when, in 1830, an energetic movement was begun in Glasgow to institute a joint-stock bank. It is not "sixty years since," and yet this apparently laudable proceeding provoked at that time the enmity and opposition of the "old banks" and private bankers to an extent which is now almost incredible. With great difficulty a law-agent was found sufficiently audacious to draw the bank's contract of copartnery, and when this had been accomplished and the bank had surmounted the dangers incidental to its birth, the directors were most fortunate in placing the young institution under the guidance of a gentleman of exceptional sagacity and experience, Mr. James Andrew Anderson.

"Mr. Anderson was then forty-five years of age. He was the son of Mr. Andrew Anderson, of Greenock, a much-respected merchant there, and was nephew of the celebrated Professor John Anderson, founder of Anderson's University, so he came of an excellent west country stock. Mr. Anderson had been bred to business in the counting-house of Mr. Dugald Bannatyne, and for fifteen years had traded successfully as a manufacturer. At the time he was selected for the important office of manager of the Glasgow Union Banking Company, as the bank at first was called, he had already acquired a high reputation for intelligence and integrity, and his subsequent career fully justified the expectations which were then formed. In those days the trade of Scotland was small compared with what it is now, but the fluctuations in prices, notably in grain, were more violent, and extended over wider limits than is often experienced now, and the banker's duties were correspondingly difficult. Through these troublous times the bank was safely guide steadily improving its position in the public estimation.

"That Mr. Anderson fully grasped the capabilities of his office was well shown by the manner in which he, more than any of his brethren, discerned the change of the times as affecting the private banks, and set about absorbing these old aristocratic institutions into the broader and more expansive organization of the Union Bank of Scotland. Beginning in 1836 with the Thistle Bank of Glasgow, which dated from 1761, there followed in due succession -

and in 1857, subsequent to Mr. Anderson's retirement, there was added to the foregoing list the Perth Bank, dating from 1766. Transactions such as these must have been preceded by negotiations of the most delicate and confidential character, and that they were conducted with success is evidence beyond question of the high reputation for integrity and honour enjoyed by Mr. Anderson.

"Mr. Anderson's knowledge and capacity as a banker were recognized not only by the adherents of the Union Bank, but by the other managers of banks throughout Scotland. In 1841 he was examined before a Select Committee of the House of Commons, and was complimented on the clear and intelligent evidence he gave on the difficult questions relating to capital, currency, and credit. In 1844 and 1845 he was chairman of the Unchartered Banks of Scotland when the Bank Acts of these years were passing through Parliament. He was frequently sent for by Sir Robert Peel, when he fought what proved to be a losing battle for freedom of note issues as against the centralizing views of the Prime Minister. Nor was his energy satisfied with his own proper occupations. He was at one time a member of the Town Council and a magistrate of Glasgow. He was several years president of Anderson's University, and for eight years he acted as secretary to the Chamber of Commerce in succession to his friend, Mr. Dugald Bannatyne.

"Enough has now been said to show that an important place must be assigned, among the men who have made Glasgow what it now is, to the name of James Andrew Anderson. His official duties were of a high and responsible order, and were performed in a manner which secured him the entire confidence of his fellow-citizens. This rested wholly on his capacity for good work, combined with unbending integrity, for Mr. Anderson had none of the airs and graces which sometimes appear to do service for solid attainments. In figure he was tall, angular, and somewhat ungainly, with a rugged, serious countenance. He was a typical Scot, always earnest and grave, and yet a vein of kindliness and humour would often force itself through the somewhat hard exterior of his manner.

Mr. Anderson retired from the management of the Union Bank of Scotland in May, 1852, and died at his residence of Carlung, in Ayrshire, on the 10th May, 1863."

From: James MacLehose, Memoirs and portraits of one hundred Glasgow men who have died during the last thirty years and in their lives did much to make the city what it now is (Glasgow, James MacLehose & Sons, 1886), 3. James Andrew Anderson, available at http://gdl.cdlr.strath.ac.uk/mlemen/mlemen003.htm [accessed 14/08/2012]. 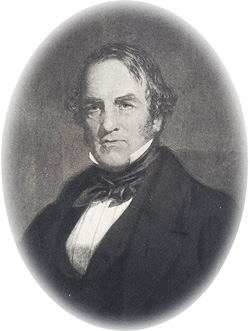