Stapleton Cotton; Baron Combermere (from 17 May 1814); Viscount Combermere (from 8 February 1827), awarded the compensation for enslaved people on 'Stapleton's estates of Maddens/Russels Rest' on Nevis. He also shared compensation for enslaved people on Stapleton's plantation on St Kitts with his first cousin Barbara Yonge (q.v.).

Father was MP for Cheshire, devoted to country pursuits and "very hospitable": this led to selling the Stapleton estates for £200,000.

(3) Mary Woolley Gibbings (d. 1889), only child of Robert Gibbings of Gibbings Grove, co. Cork. They had no children.

During the Napoleonic Wars, Cotton served mainly in the Iberian Peninsula.

1817: appointed Governor of Barbados and commander-in-chief for the Leeward Islands (until June 1820).

"His last thirty years were passed in the performance of his parliamentary and social duties. An old-fashioned tory, he opposed Catholic emancipation, the Reform Bill, repeal of the corn laws, army short service, and other innovations."

From 1840: provincial grand master of the freemasons of Cheshire.

1852: following Wellington's death, constable of the Tower of London.

Died at Colchester House, Clifton, on 21 February 1865; buried in the family vault in the church at Wrenbury, Cheshire. 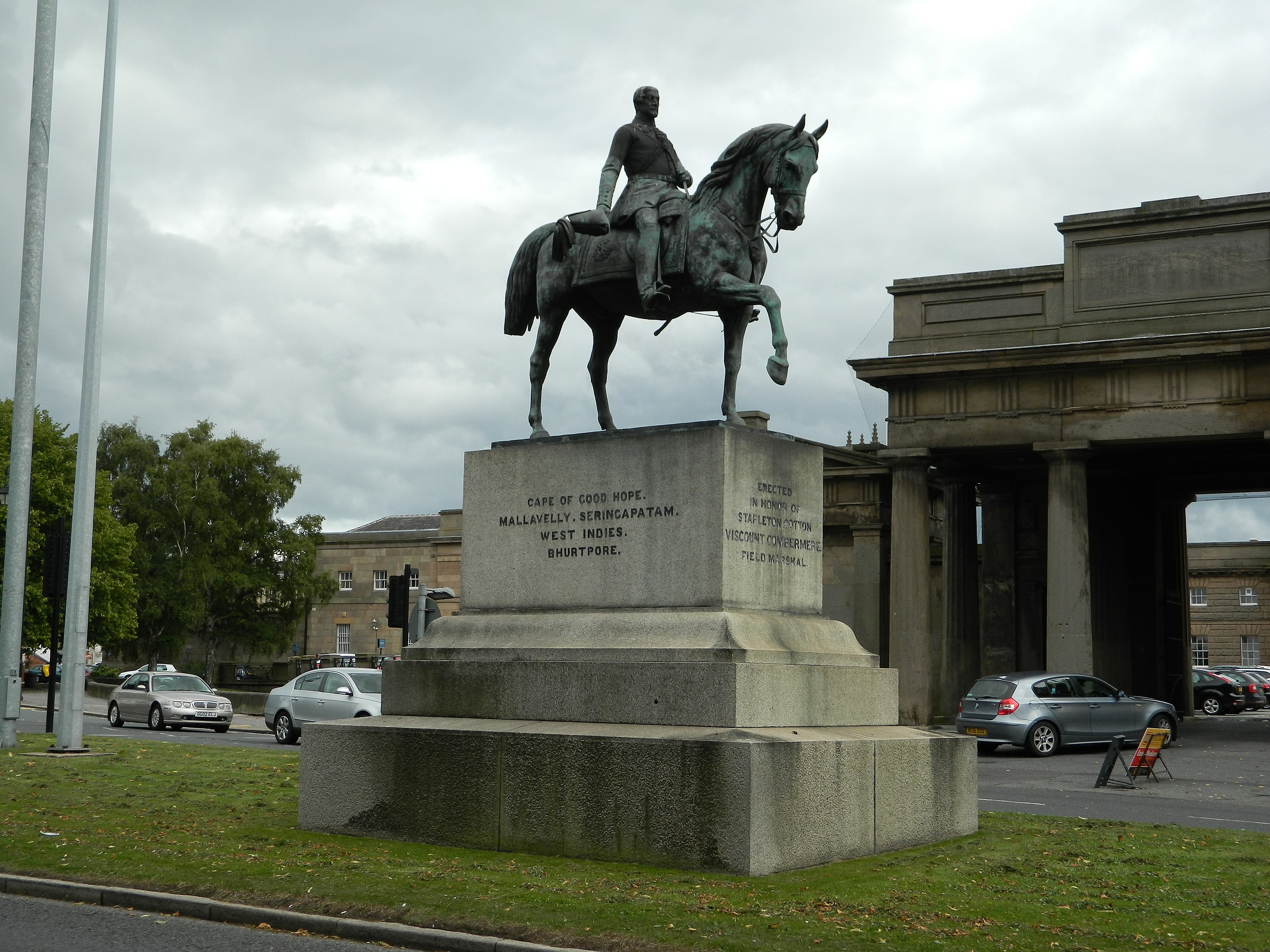