Natural son of William Shiell and Mary McNamara (both of whom q.v.).

For information on the Shiell family see publications by Dorothy Anderson and Richard Shiell, including Montserrat to Melbourne: the story of the Shiell family (South Yarra, Victoria,1984), from where the portrait is taken.

We are grateful to Jennifer Baker and Richard Shiell for their assistance in compiling this entry. 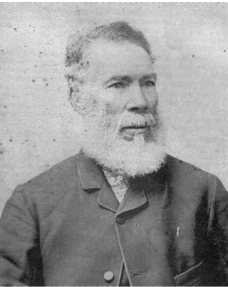