Richard Godson, barrister and MP, son of William Godson attorney of Tenbury, Worcs. He has a recent entry in the ODNB as 'barrister and politician.'

Voted in the minority against the government's temporising amendment on the abolition of slavery May 24 1832; defended the loan of £1MM for hurricane damage to Jamaica, Barbados,  St Lucia and St Vincent. Deplored the rancour against the planters, and appealed to the ministers to decide once and for all whether they wanted to retain the British colonies in the West Indies. 'If they are worth having, they must be treated in a kindlier spirit, and the planters must be enabled to cultivate their estates, not less for their own sakes than for the sake of the slaves themselves, whose emancipation, nevertheless, I should be glad to see' (29th June 1832).

We are grateful to Celia Dodd and David Godson for their assistance with compiling this entry. 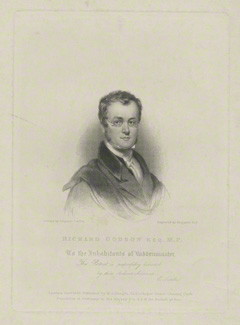