Increasingly, we tend to think of the smartphone as an app machine. The evidence collected by the ASSA project was that it is better to understand the smartphone as orientated towards tasks rather than an aggregate of apps. When organising a holiday, doing their homework, or creating their routines, people mainly use a combination of just the specific aspect of an app that they require, often ignoring everything else that app potentially could do.

Apps themselves follow a spectrum of scalable solutionism. Some are intended for a single task (‘there’s an app for that!’) while others, such as the Chinese app WeChat, try to be useful for almost every task we can imagine, from posting news and updates to paying utility bills. Smartphones encourage an attitude of ‘solutionism’ which suggests that there may be a technical solution for every problem. But as previously noted, we found that in the healthcare sector, it is often the adaption of apps that were not particularly intended for health that has had a greater impact on health than the apps that are designed for that specific purpose.

The era of apps is also now becoming challenged by the rise of alternatives such as the massive expansion of mini-programs in China, which provide an alternative way of matching smartphones to tasks. WeChat in particular has an array of such mini-programs and has demonstrated the potential to supersede all apps by incorporating them into itself, from looking up flights and the weatherm to paying utility bills.

Below, you can see the ‘travel/taxis’ nested folder on a research participant’s phone in Santiago, Chile. Federico is a Peruvian entrepreneur living in the Chilean capital, and a glance at his phone suggests just how important travel apps have become for him, as someone who travels frequently. The apps shown below are by no means all of the apps on his phone, but we can see that whole sections of the phone’s front screen are dedicated to travel. 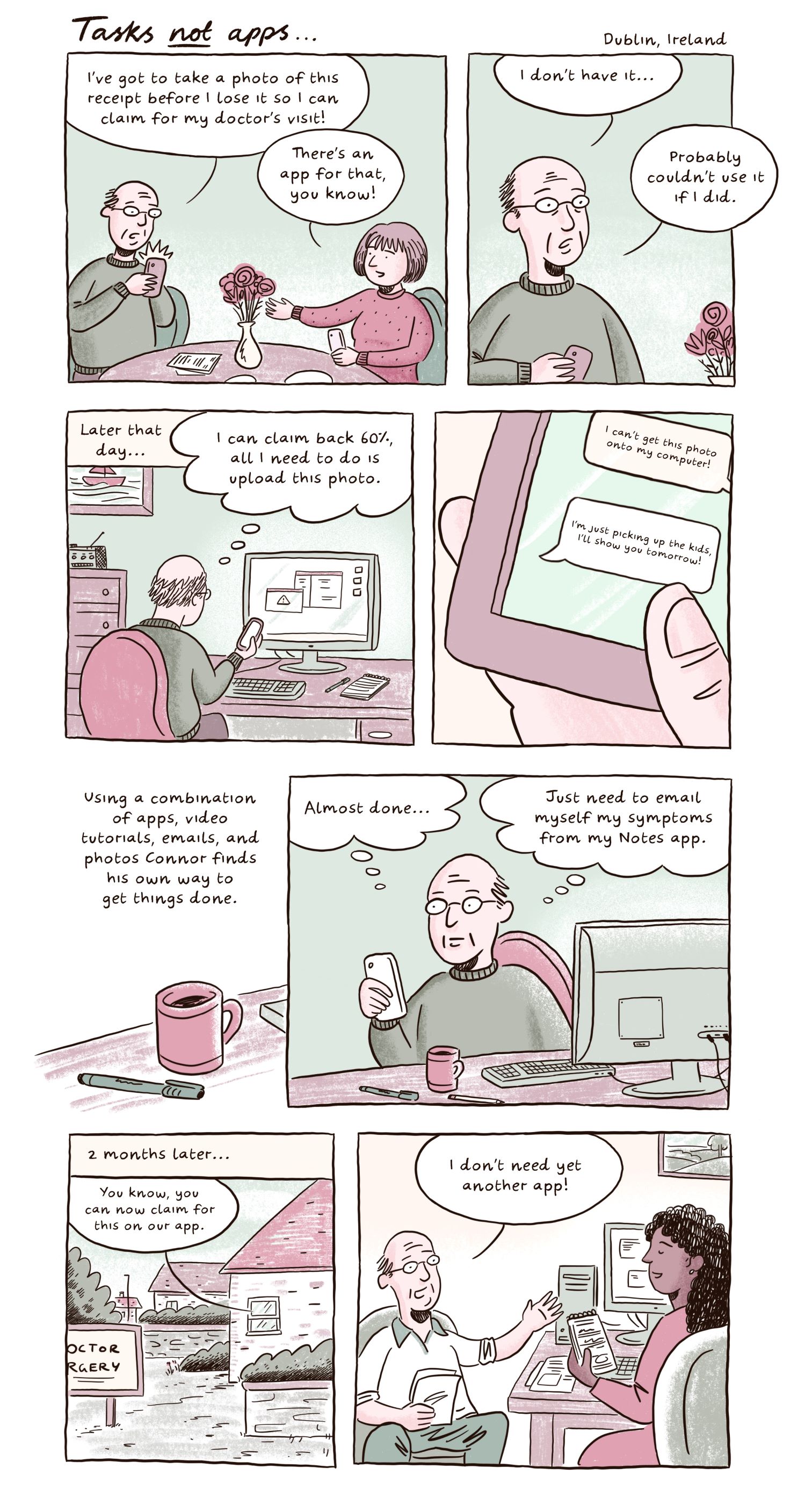