Neither elderly nor young

Our project was intended to focus on ageing, but not people defined by age. So our interest was in people who saw themselves as neither young nor old. Not surprisingly, in practice, this would vary considerably between the different fieldsites, such as Kampala where people may feel older at 40, as against Japan, which has one of the highest life expectancies in the world. In several other fieldsites, people say they expected to become old when they hit 60, 70, 80, or even 90, but are surprised to find that they just feel continuity with youth. For them, the cultural category of age has been replaced by the experience of becoming frail, which then does diminish that sense of continuity. There was also considerable variation in the experience of retirement. In São Paulo, people were very concerned to have continuity with the identity they had developed during their working life. While in Dublin, people tended to see retirement more as a chance to start again and craft a new life of things they had not been able to do before. In Shanghai, this may mean developing the interests they did not have a chance to pursue during their youth – this is particularly true for research participants who had missed out on their original youth when they were politically active during the Cultural Revolution (1966-1976).

Cartoon based on Xinyuan Wang’s research in Shanghai, China. Scripted by Laura Haapio-Kirk and Georgiana Murariu and illustrated by John Cei Douglas. 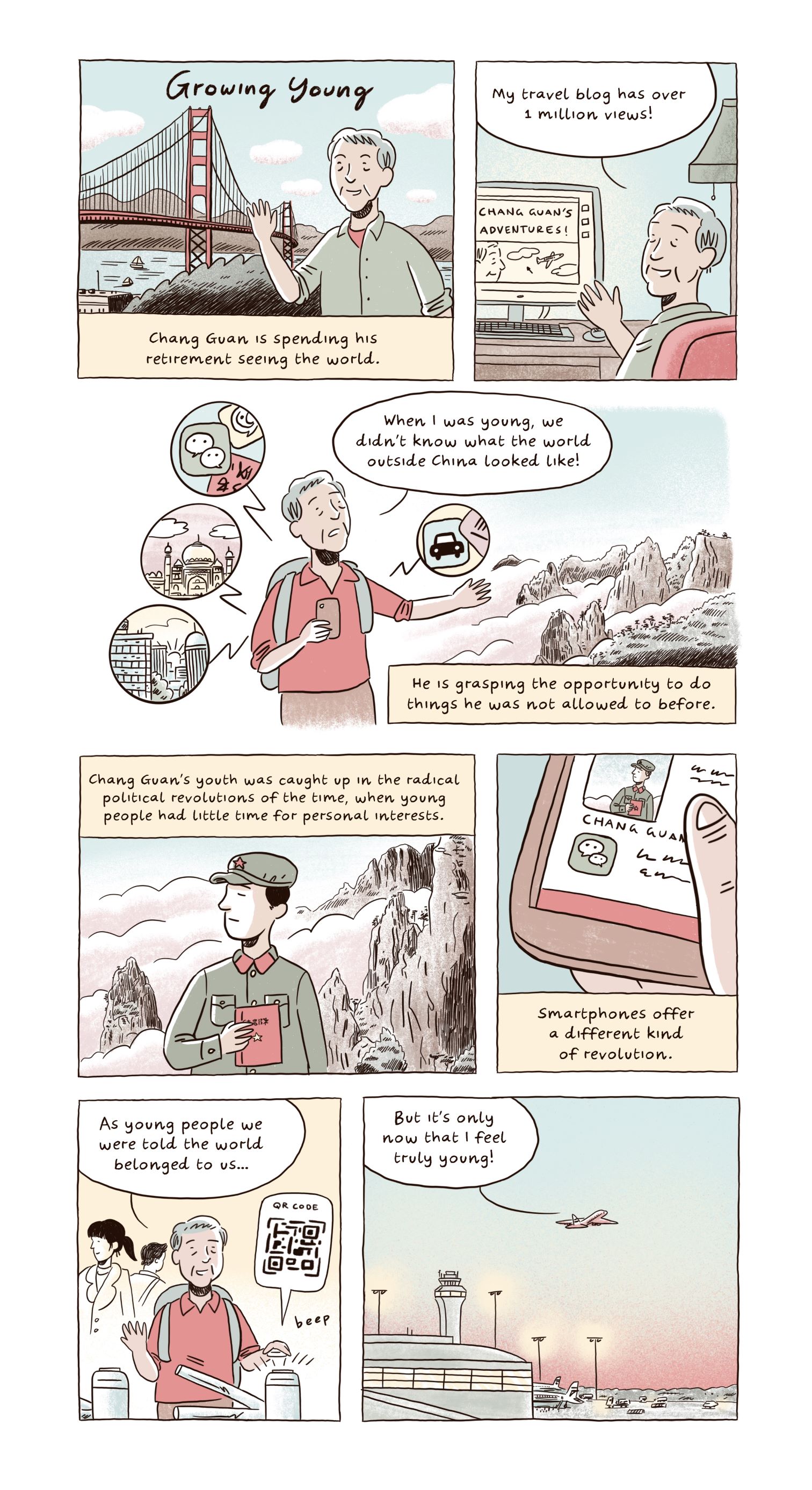 The way people experienced ageing varies considerably across our eleven fieldsites. The situation is very different between Kampala in Uganda and Dublin in Ireland, for example. Here are several short films which help convey something of this diversity.