Return of the extended family

Perhaps the most consistent change in family relations across much of the world over the last two centuries has been the rise of the nuclear family at the expense of the extended family. Almost all new housing in most countries is designed now for the nuclear family. The smartphone has allowed for an entirely new kind of family. With platforms such as Facebook and WhatsApp, the extended family is no longer living in the same house, where the intensity of kinship might feel oppressive. But cousins, for example, can now remain in constant conversation. when the family only met at festivals or birthdays, the conversation had become quite formal. With the more constant communication that takes place online, the extended family has returned to a more informal everyday style of communication. On the other hand, they are no longer living under the same roof, so they are not so intrusive. This is a new kind of extended family that has no exact precedent.

The cartoon below is based on Marília Duque’s research in São Paulo, Brazil. Scripted by Laura Haapio-Kirk and Georgiana Murariu and illustrated by Alex Hahn. 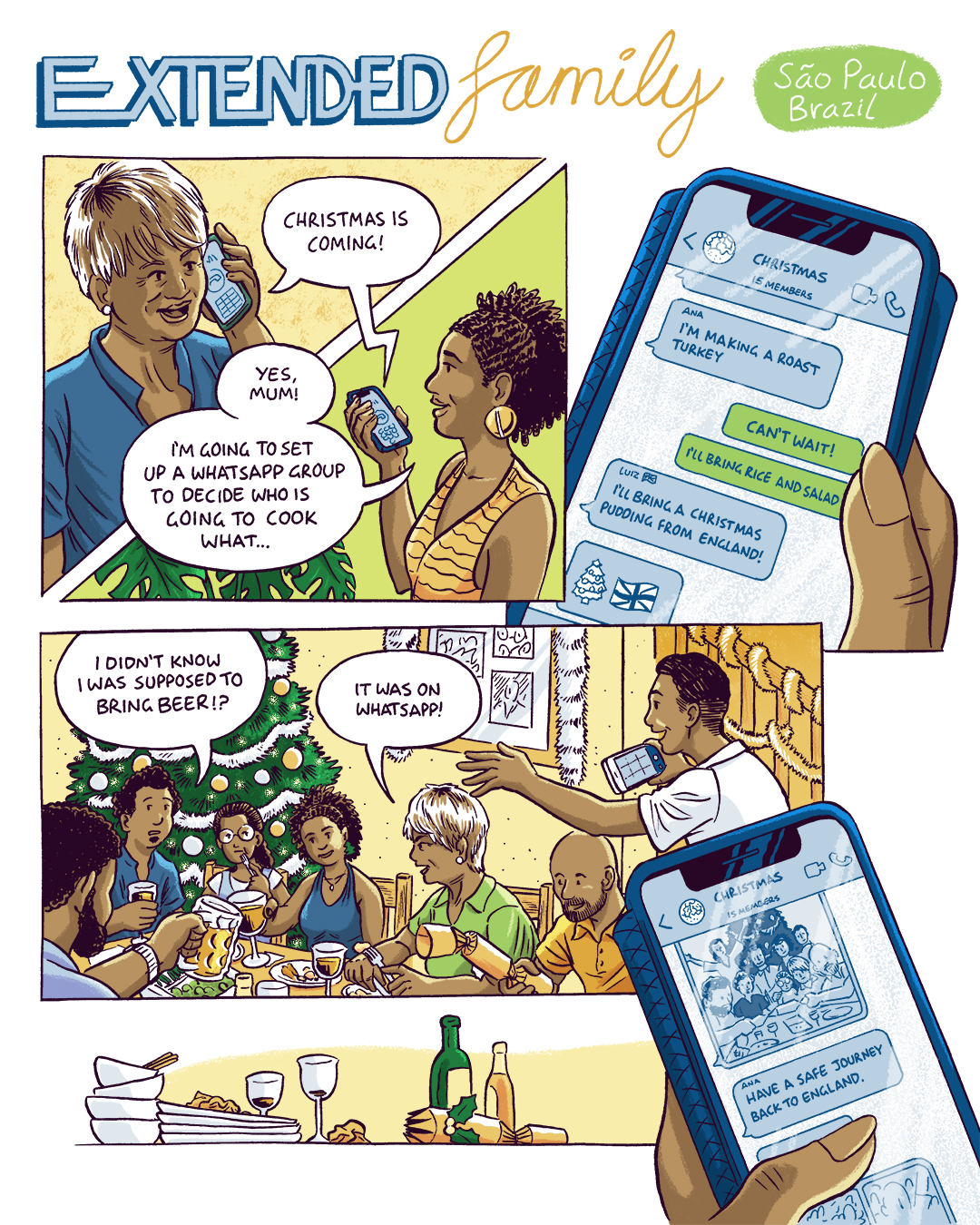 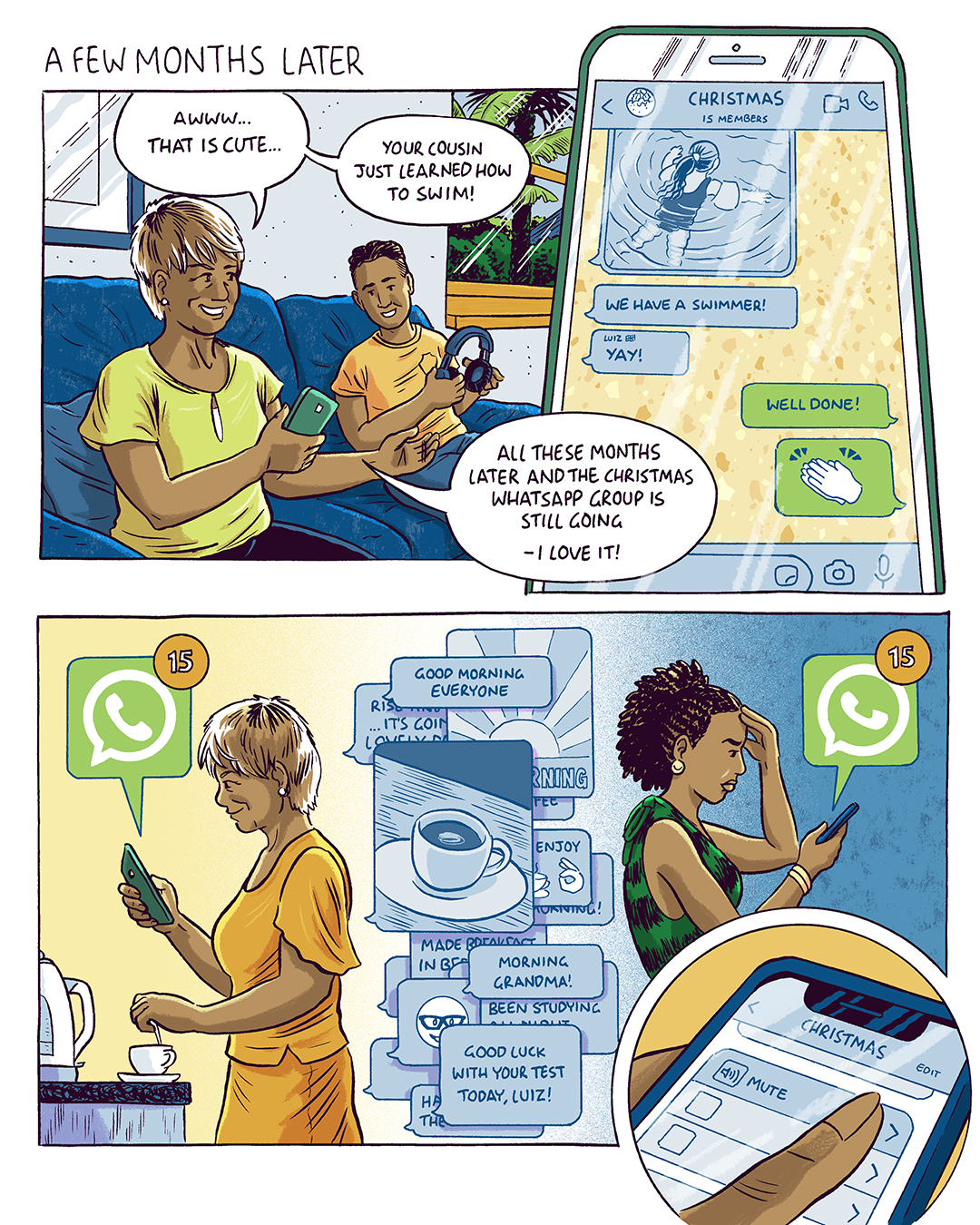 The illustration below, created by Xinyuan Wang, comes from pages 68-70 of our book The Global Smartphone and shows a two-person household in her fieldsite of Shanghai. Here, Xinyuan describes how moving around their home from room to room, Mr and Mrs Huang can be constantly in touch with the households of their close family, who live in other parts of China. This is done with such ease, that it is almost as though they were one household. 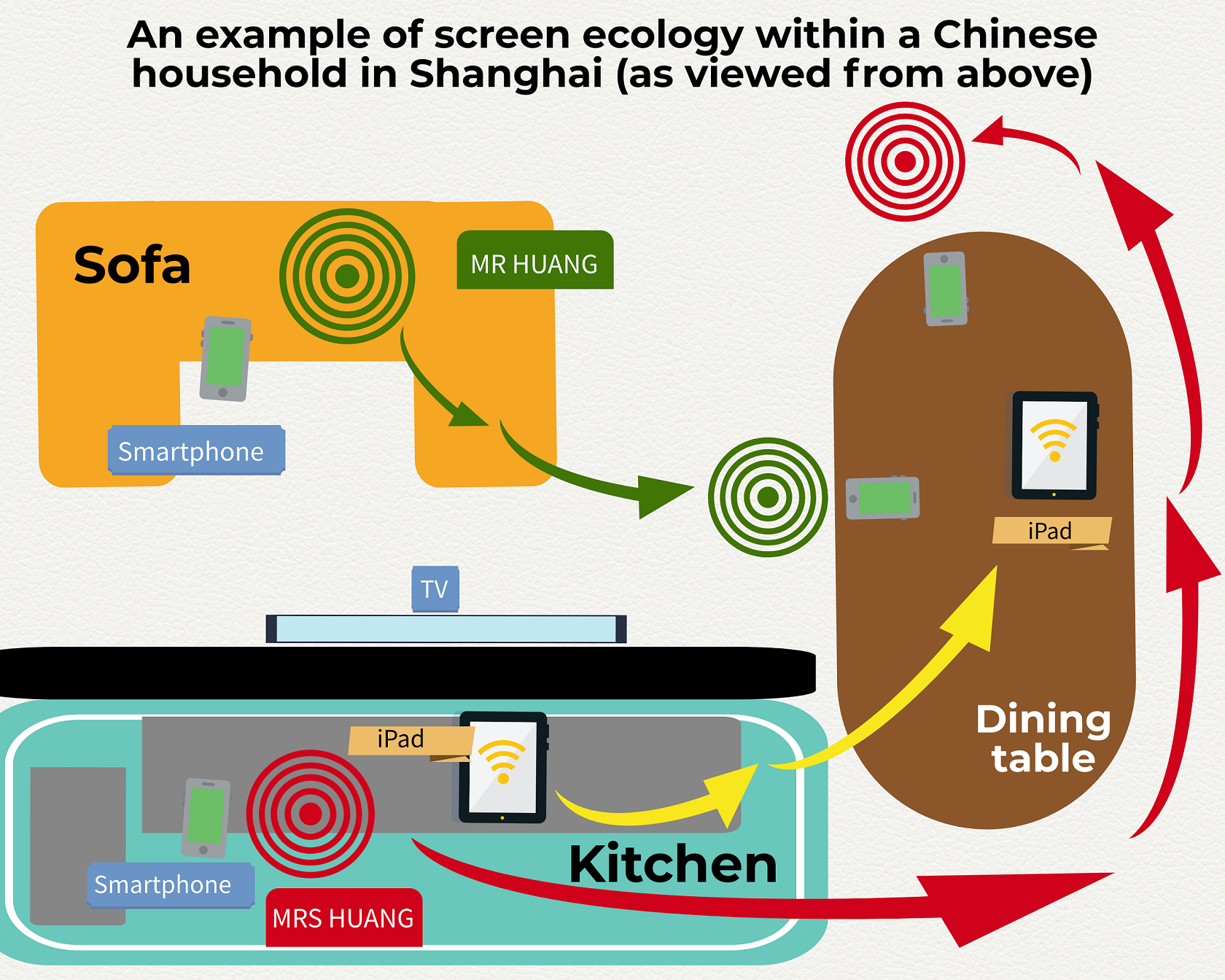