To understand smartphones, it is better to view them less as a device we use and more as a place within which we now live. The person sitting next to you in the restaurant and ignoring you is just not there, they have gone back to their transportal home where they are busy chatting to others, organising their lives, or shopping. It is often remarked that mobile phones represented the death of distance as you could connect as easily with the person across the globe as next door. But the smartphone now also represents the death of proximity since the person next to you may themselves be chatting to someone across the world and not to you.

People around the world use domestic metaphors for looking after their phones. In China, the phrase duan-she-li is used for tidying both the home and the smartphone. In Cameroon, an individual may say faire le menage (to clean) when they refer to the process of tidying their contacts inside their smartphone. Like a traditional home, the smartphone can divide into zones for being entertained, doing homework or organising a holiday. Rather than just looking out a window, a smartphone can act as a portal straight into another person’s smartphone home. Unlike a bricks-and-mortar home, the smartphone is completely mobile, so an individual is always at home in their smartphone home. The idea of the smartphone as a transportal home may be especially important for young people who can’t afford their own home, or for migrants in our Milan, Italy, and Santiago, Chile fieldsites, who have plural homes they are equally attached to.

In the cartoon below, which is based on Shireen Walton‘s research in Milan, we meet Heba, who is living a busy life in Milan raising her two teenage children. She is connected to Egypt, where she was born and grew up, through her smartphone through various interactions throughout the day. We can see why being able to live seamlessly within her smartphone as well as her flat is important to her as a migrant in Milan. In her smartphone home, she doesn’t have to differentiate between her family in Milan and her family in Egypt.

Cartoon based on Shireen Walton’s research in Milan, Italy. Scripted by Laura Haapio-Kirk and Georgiana Murariu and illustrated by John Cei Douglas. 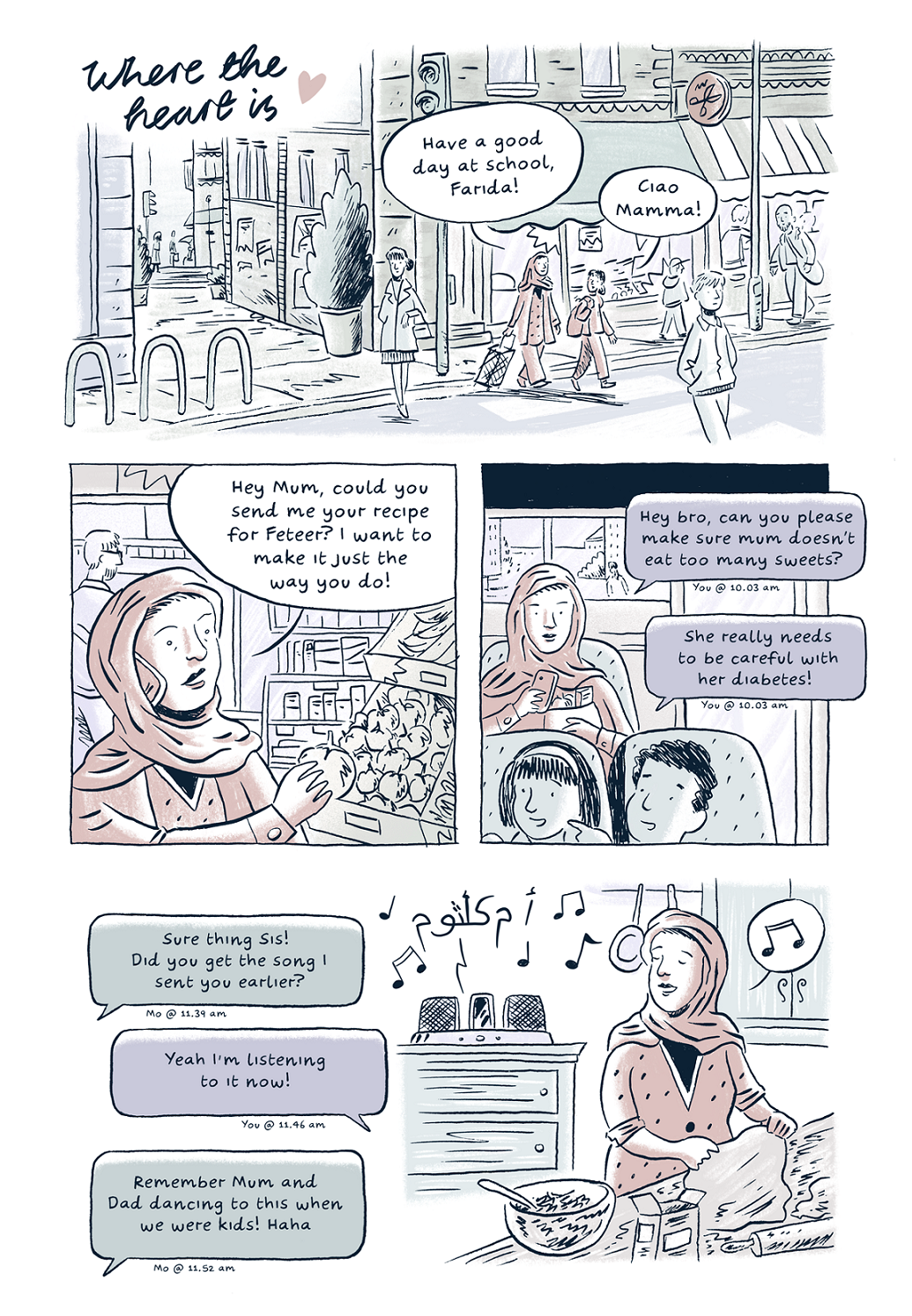 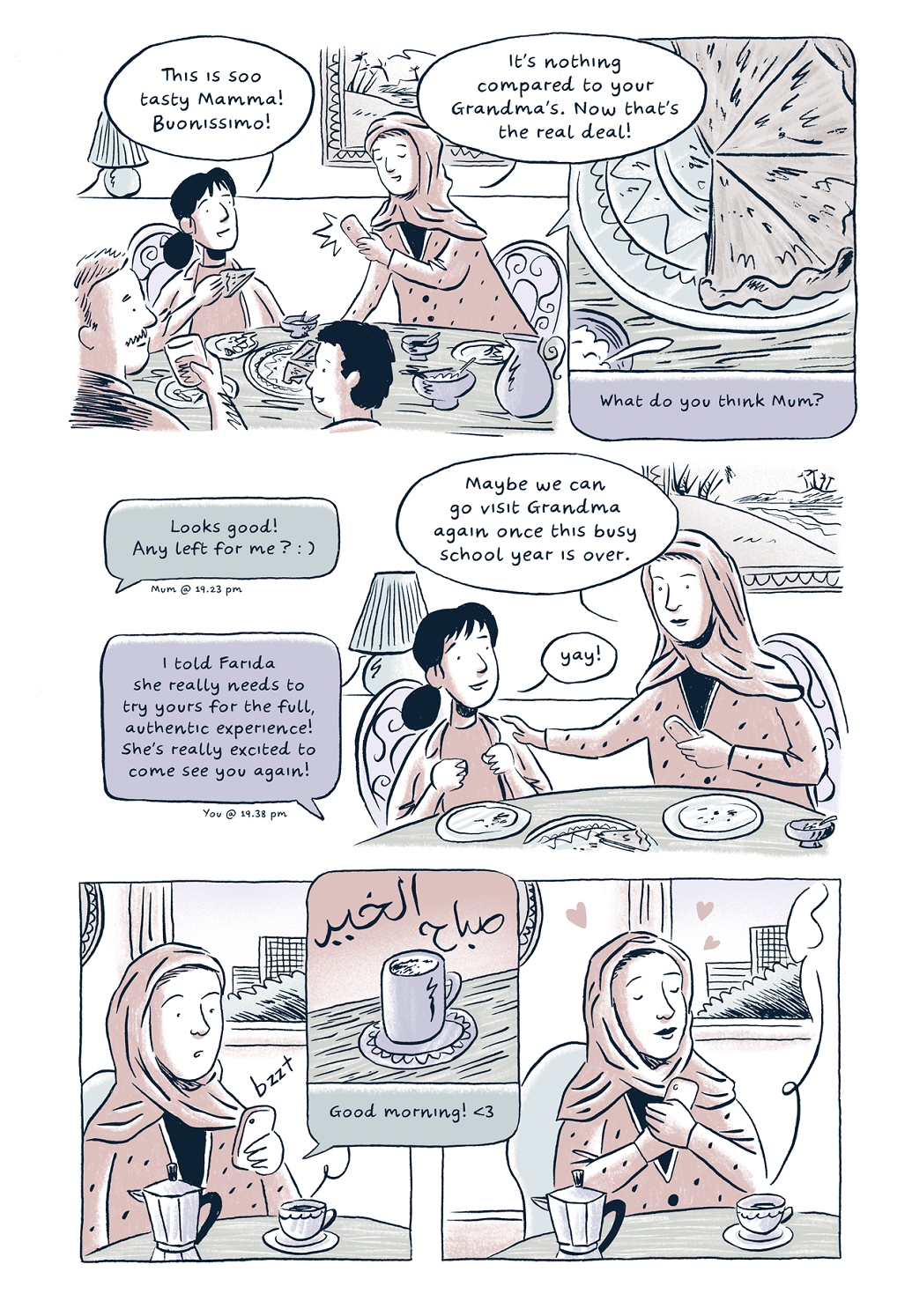 We also include a film discussing the concept in general and one more film which makes the point that of course, the experience of the transportal home will vary between all these fieldsites, in this case, the illustration is from Japan.