Robert Wedderburn was born in Kingston, Jamaica, the illegitimate son of James Wedderburn Colvile and an African-born slave, Rosanna. Wedderburn Colvile sold Rosanna when she was five months pregnant but her new owners deemed Robert free from birth. After service in the Royal Navy, Robert Wedderburn travelled to Britain in 1778. He had little financial security, working as a tailor and some petty thieving, before being licensed as a Unitarian preacher in 1813. He became increasingly involved in radical politics and was vehement in his attacks on the institution of slavery. In 1824 he published a stinging attack on his biological father and the culture of Jamaican slavery. The Horrors of Slavery was widely circulated by the abolitionist cause and provoked a furious reaction from James Wedderburn Colvile's eldest son and heir, Andrew Colvile.

The portrait of Wedderburn is taken from The Horrors of Slavery. 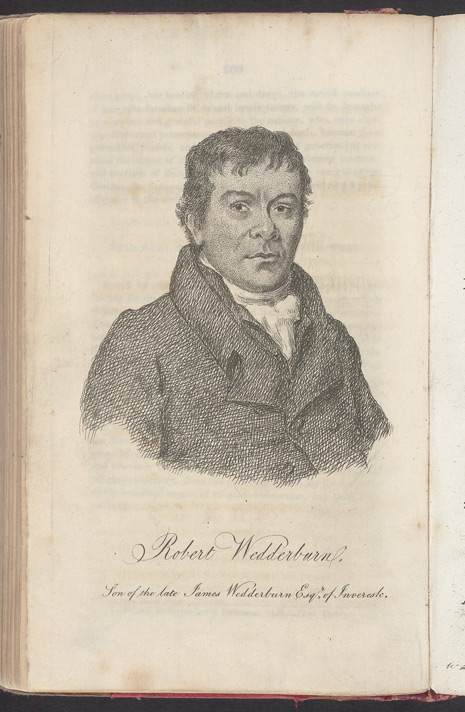