West India merchant, slave and plantation owner, collector and philanthropist . He has an entry in the ODNB as 'merchant.'

Portrait of George Hibbert by Thomas Lawrence, 1811, © Museum of London. 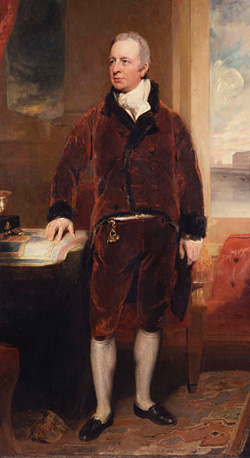